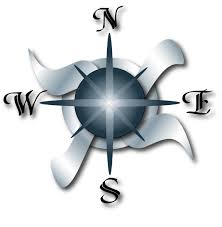 I was recently writing about Lincoln and the discussion about compasses and True North… from this quote:

A compass, I learnt when I was surveying, it’ll… it’ll point you True North from where you’re standing, but it’s got no advice about the swamps and dessert and chasm that you’ll encounter along the way. If in pursuit of your destination, you plunge ahead, heedless of obstacles, and achieve nothing more than to sink in a swamp… What’s the use of knowing True North?

And I found that I wanted to take a minute to respond to my own question!

To compromise True North means that you are willing to change your destination, to compromise the end goal, and/or the truth.  It means you adjust your compass so its needle no longer points true North, but is a little off, or a lot off, depending on how great your compromise.  It doesn’t matter how off it is.  It’s off.  In the context of the Lincoln movie, if Lincoln had compromised and ended the war without passing the abolition of slavery,  that would have been a compromise in True North.

To compromise the route to get to True North, however, this is a different matter.  This means that your compass still points True North, your end goal never changes, but you have some tact in how to get there.  You may head East a while to avoid a swamp.  You may have to back track a little and head South for a spell to get around a canyon until you find a passable point.  All the while, even though it may appear that you are headed in the wrong direction, your compass still points North and you are still working diligently to get there.   (In the movie, Stevens did this in his brilliant response to the Senate when asked about the meaning of the law.)

“The Spirit clearly says that in later times some will abandon the faith and follow deceiving spirits and things taught by demons. 2 Such teachings come through hypocritical liars, whose consciences have been seared as with a hot iron.”  I Timothy 4:1-2

Read my review on Lincoln here.

Read a deeper discussion on the compass illustration here (which led to this response).

Read quotes from the movie here.

4 Responses to Compromising Route vs. Compass—Further thoughts on Lincoln Movie