Not What You Think

So I was hiking earlier this year and saw this…

This ugly nasty web situation.  I immediately jumped to some fairly natural conclusions (or maybe we should just call them what they really were – judgments).

And on I went, judging those creepy creatures and their sticky webs of death.  Ugly.  Creepy.  Dangerous.  Repulsive, nasty creatures.  I can’t stand them.  Sorry you spider-lovers…I just am not.  I find them revolting and have a strong aversion to them—that kind of aversion that makes your nose curl even while you’re drawn in to them and can’t look away.

This time that closer look was worth it though.  Rather than heightening my disgust, it revealed something:  I had misjudged.

It wasn’t a spider’s web at all.  Neither was it a place of death.  Quite the contrary—it was a place of birth.  It was messy (I at least got that right!), but it was a good kind of messy—the kind of messy that says things are happening here.  It wasn’t a crime scene with the victims decaying in the middle, it was a hatchery of sorts—and things were growing and changing and becoming inside.

This thing I had so misjudged was actually full of little caterpillars (tent-caterpillars, I think), busy with their transformation into moths.  Here’s a closer look: 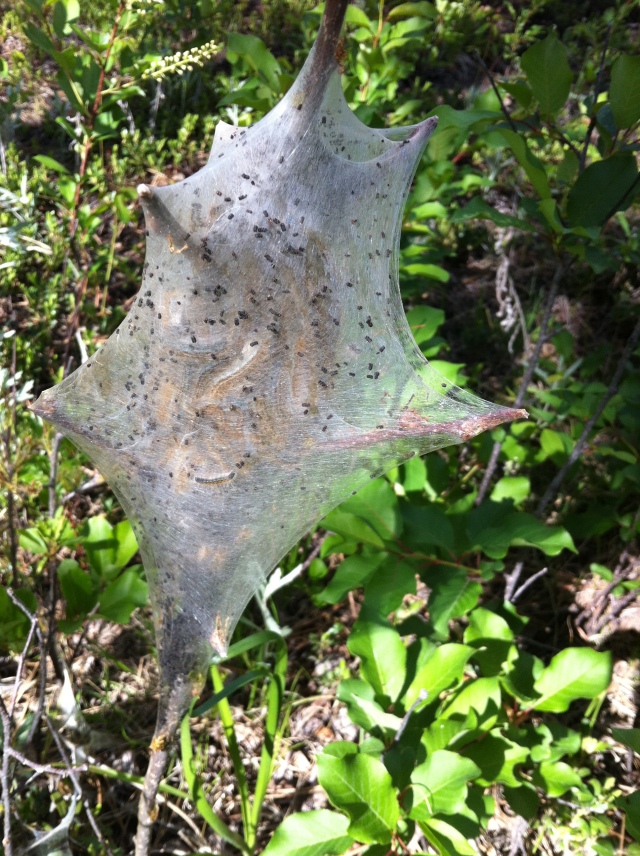 I have to admit, I kind of wish they were turning into something stunningly brilliant…like: 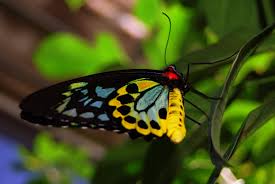 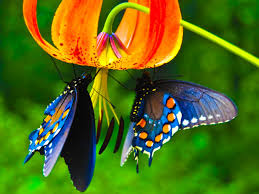 That would make a way better point!  In reality, they start out looking like this: 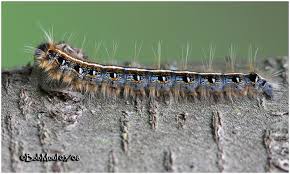 Not quite as stunning, granted, but still the point remains:  I misjudged what I saw.   I looked at the outside and made some assumptions because it resembled something I didn’t like.  It took a closer look, at look at what was really inside to realize that I was completely wrong.

Here’s what I am struck by:  I do this with people, too.  I take one look and judge.  Look at that sin in their life!  They are a mess.  Chaos, disorder, tension, webs…  I take one look and judge that person a spider, entrapping others, feasting on carnage, webs of lies… you get the idea.  And then, sometimes I get closer and I see what’s really going on, and it’s nothing like what I thought.  I see that that person was actually a caterpillar, and they are in the process of becoming a butterfly (or a moth…but whatever).  All that mess is just evidence that things are changing.  They are growing, transforming, becoming something new altogether, and that can be a messy process.

Not only were they not a spider in the first place, but they are becoming something even better than what they started as.  I can handle caterpillars.  Some of them are quite interesting.  Moths and butterflies – even better.  Something about flying things is just less, well, creepy than creeping things.   (Revelationary, I know.)  Talk about misjudging!  I was wrong about what they were to begin with and wrong about what they were becoming.

Sometimes, the only way to tell the difference is to get a little closer.  We may feel a natural repulsion, but sometimes we need to get past that and press in, inch closer, look deeper.  When we do so, we may just find that what we thought we saw wasn’t the case at all.  We may find that we are just in time to see something beautiful in the making.

2 Responses to Not What You Think